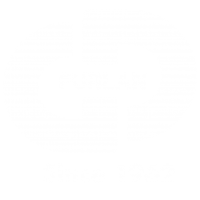 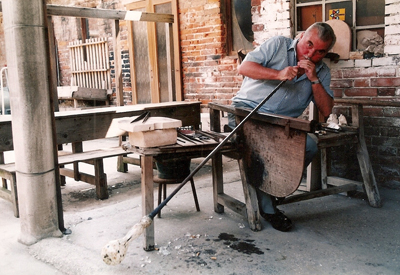 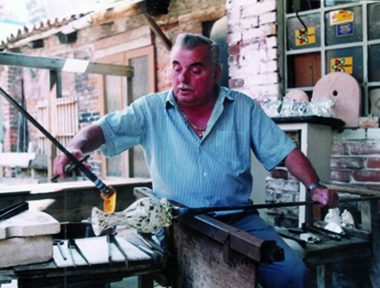 Furlan Giuseppe, the founder of the company G.D. Furlan was born in 1928.
At the age of 12 begins to work as an apprentice in various Murano glass factories and, at the age of 20 became a glass master.
He worked in the factories of Gino Cenedese, Alfredo Barbini and then completed his career by Scarpa and Schiavon factories.
In 1962 he founded the company G.D. Furlan with his wife Leda and during the years with the help of his son Massimo (who began in 1968) developed and made his company worldwide known for quality and reliability.
Since the beginnings the company has worked as a wholesaler throughout the world and has taken part to the most important exhibitions in this sector.
In 1977 Furlan Giuseppe was honoured with the “Albo d’oro” in recognition of his prestigious professional activity.
Since the 1980’s until now the company is still destination of organized Italian/foreign groups who wish to understand the ancient art of glasswork in Murano.
In 1999 the founder Giuseppe died and since then his son Massimo directed the company towards a further research of product quality with works signed and certified by the most important glass masters of Murano (Alfredo Barbini, Adriano Dalla Valentina, Simone Cenedese, Romano Donà, Zanetti, Luca Vidal, Studio Salvadore, Fratelli Ferro, Andrea Tagliapietra, Mirko Bastianello, Mariano Moro, Achille D’Este, Cristiano Toso, Lino Tagliapietra, Davide Fuin, Giuliano Ballarin, Ercole Moretti etc).
In 2012 G.D.Furlan celebrated 50 years of professional activity.
Today Massimo’s daughters and son Barbara, Monica, Andrea work with him.
The glassworks displayed are still requested by the most important collectors in the world who continue to appreciate the 1,000 years’ tradition of Murano glass.